Jim Eyre was a legend in his own lifetime – a hard caver and ardent cave rescuer, but also a talented cartoonist and outrageous raconteur. His two-part autobiography opens with It's Only a Game.

Jim Eyre was born in 1925, so was just old enough to volunteer for service in the Second World War. A Lancashire lad, he had already experienced a series of escapades by the time he joined the Royal Navy and headed for Malta and the Med – which proved to be the ideal environment for more adventures.

Those war years and his subsequent career as a freelance painter and decorator – to say nothing of his caving exploits and involvement in the heart of the Cave Rescue Organisation – established a pattern for Jim's life.

A renowned author and cartoonist with a style all his own, Jim has written his life story – warts and embarrassments and all. He is one of those rare men who not only has accomplished much, but has the talent to tell the tales to others in a rich, humorous style.

Here you will find the serious atmosphere of life on a minesweeper as well as the wild approach to shore leave of a naval rating, as seen through Jim's eyes. After the war, with Jim drawn to explore the world's caves, the balance of humour continues with his near escapes from the depths, told with relish, and the serious side of rescue and death underground.

Join Jim in It's Only a Game; it might be, but not one you will put down in a hurry – and even then your sides will be aching from laughing.

For a PREVIEW (opens new window)

For the companion title: The Game Goes On

To purchase both books with a considerable saving: The Jim Eyre Set

While stocks last, receive a free caving-related, laminated bookmark with your book order.

VAT is not charged on UK publications. Orders to the EU are posted without tax paid: you are responsible for VAT and any other charges on delivery

1 It’s Only a Game
2 The Royal Navy
3 HMS Kimberley
4 HMS Cadmus
5 Into Italy
6 In Limbo
7 Post War: A Brave New World
8 The Discovery of Lancaster Hole
9 A New Hudson and New Caves
10 Bang and Bedsteads
11 Jumpina Gulf
12 Holes that Bite
13 Cave Rescues and Crazy Customers
14 Digs and Disasters
15 Travel Broadens the Mind
16 Variety is the Spice of Life
17 Yugoslavia

If stock is available for all post destinations, selecting any set of options will allow you to place your order immediately.

If stock is limited, for example with a single copy of a second-hand book, it will be assigned to UK stock. If you require posting to an address outside the UK, selecting your options may not allow an order to be placed, even though stock is available. If this is the case, please contact us to enable the options you require.

Please see our FAQs relating to deliveries, and the Delivery page linked from the bottom of each page, before placing your order if time is an important element for your order.

IMPORTANT NOTE FOR ALL DESCENT SUBSCRIBERS OUTSIDE THE UK

All international mail is now being despatched in paper wrapping using Royal Mail customs and address labels mandated by them. We also regret this means we can no longer indicate the last issue of your subscription on the mailing sheet or supply a reminder to renew with the final edition. Please track your own subscription ending or check with us at any time. Subscriptions begun since September 2021 have a comment added in your account (under the tab for the order) which records the final issue to be supplied.

On 1 July 2021 the EU removed all exemptions for tax and customs duty on low value items posted from the UK to the EU, meaning that although VAT is 0% on books and magazines in the UK, it is charged within the EU and the VAT (potentially plus a handling fee) now apply to all orders to the EU.

Ideally, the VAT should be paid at the point of posting, but doing so requires registration with an agent to handle the payments, and this is incredibly expensive and not financially viable. To be clear, all small publishers in the UK are in the same position and we are unable to post any items to the EU with VAT or other duties paid.

Ordering any item from Wild Places, including a Descent subscription, requires that you accept responsibility of paying the VAT and any other local charges on delivery.

To be clear: Wild Places will NOT cover any charges levied by your country; it is your responsibility to accept these when placing an order.

We apologise for the situation, but it is outside our control. We will maintain a link from the left-hand column on the home page with the latest updates. If you are an existing subscriber to Descent and have not replied yet to our enquiries concerning your deliveries, please make contact.

NOTE: Subscribers in Norway or Switzerland (which are outside the EU) should place your order on the Subscription International page or contact us first.

For those seeking information on the military history content of It's Only a Game, roughly a quarter of the book concerns Jim's experiences in the Royal Navy during the Second World War. Initially trained on the HMS Drake, then joined the destroyer the HMS Kimberley at Malta and attained QR3 Gunnery rating before being transferred as a QR2 to HMS Cadmus, a minesweeper. Jim tells the story of the war from the side of a serving seaman, being active through the Mediterranean and around the coast of Italy, even to the extent of being in prison on VE day before travelling through North Africa prior to his demob.

Lest anyone believe that Jim's storytelling about his military career, life as a painter and decorator, or his longlasting links with caving and cave rescue, might not interest them, this is akin to saying that James Herriot's books would only appeal to a vet. Jim's books will appeal to all ...

I HAVE just read – without pausing – an astonishing book. I had eagerly awaited it for several years, ever since Jim told me he was writing it, but even so I was not prepared for the breadth of its subject matter nor the richness of colour on its canvas.

Jim Eyre has comfortably occupied the role of caving legend for well over fifty years. Like one of his contemporaries, Bob Leakey, he seems to have been constructed of iron nerves, steel sinews and the dogged determination of Bulldog Drummond. He also possesses a grand capacity for turning all forms of alcohol to urine that seems to have aged him not one jot.

It’s Only a Game is a highly readable autobiography. After only brief accounts of his early childhood, Jim enters the lists just as the Second World War somewhat inconveniently interrupted both his work and leisure activities and in 1942, when he became of serving age, he volunteered for the Royal Navy. A substantial portion of the book deals with his extraordinary war service and, undisputedly, ‘Ers’ does for the navy what Spike Milligan did for the army.

As soon as hostilities ended and His Majesty could bear to dispense with his services, Jim returned his native Lancaster, took up painting and decorating (and a wife) and wasted no time picking up where he had left off potholing in the Yorkshire Dales. These were true pioneering days, well before customised kit, SRT, rigging guides and the accumulated wisdom of hindsight that dominates the sport today, and with slavering pleasure I plunged into tales of derring-do illustrated with jokes and anecdotes of side-splitting drollery.

Jim Eyre’s humour within the world of caving literature is matchless. We are fortunate to possess a whole stable of articles, not least those published in various issues of Descent, and, dare I mention it, in one of his previous volumes, The Cave Explorers, regrettably assassinated during an avoidable and entirely unnecessary lawsuit (which also brought down the Canadian-based Stalactite Press, a sadly missed enterprise). It is interesting to observe Jim selflessly casting himself as anti-hero and court jester – this from a man who regularly climbed 600 feet of wire ladder down and up Provatina during the course of a week-long expedition! Believe me, these old-time ladder men were tough cookies! Do not, however, go away with the idea that the book’s contents are entirely frivolous. Jim Eyre wields his pen like a renaissance painter his brush, so that accounts of cave rescues and the like have a poignant immediacy well suited to their subject.

Throughout It’s Only a Game, Jim’s unique style of cartooning illustrates the text with superb vignettes, and a selection of photographs adds verisimilitude. If I have a criticism, it is that these latter are generally rather small, probably to keep costs down, but for one who pores over historical pictures to examine faces of long past caving ‘megabeings’, this necessitated the use of a magnifying glass to obtain satisfactory results.

This minuscule carp diminishes to vanishing point against such a talented outpouring of words, a huge, cornucopic avalanche of immortal memories majoring on British eccentricity which should be compulsory reading. It should be owned, not just read, by every caver in the land, because I understand Jim has already written enough for a second book, carrying his story onward from the 1960s to the present day, but this is only likely to make it into print if this first volume becomes a best-seller. Buy it for yourself; buy it for your friends; buy it for your neighbours (who can’t comprehend why you go caving). But buy it. No regrets.

No customer reviews for the moment.

16 other products in the same category: 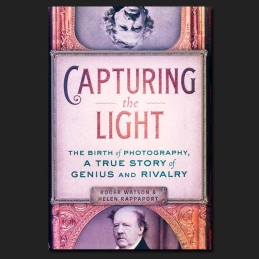 Price £8.00
More
 Select from the options above 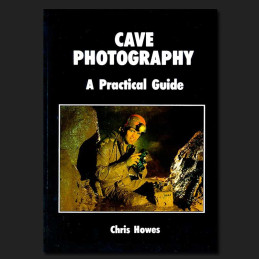 Cave Photography. A practical guide, by Chris HowesEU customers must read the notes below before ordering

Price £9.00
More
 Select from the options above

The history and development of underground and flash photography, by Chris Howes EU customers must read the notes under the Non-UK Orders tab before ordering

Price £25.00
More
 Select from the options above 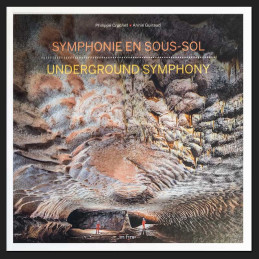 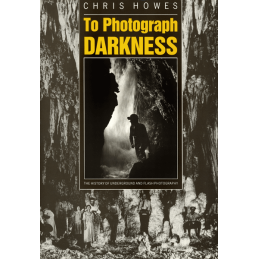 The history and development of underground and flash photography, by Chris HowesEU customers must read the notes under the Non-UK Orders tab before ordering

Price £12.50
More
 Select from the options above

A manual of underground and flash photography: cave photography for cavers, by Chris HowesEU customers please read the 'non-UK orders' notes below before ordering

Price £22.50
More
 Select from the options above 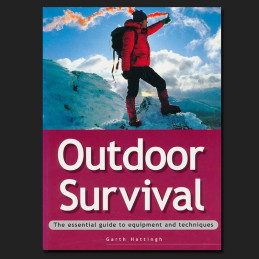 Price £6.50
More
 Select from the options above 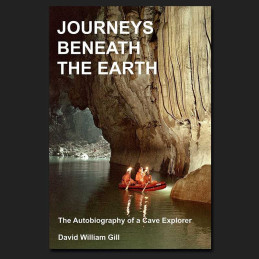 Journeys Beneath the Earth

Price £31.50
More
 Select from the options above 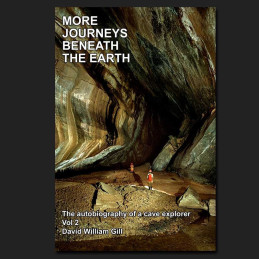 More Journeys Beneath the Earth

Price £25.00
More
 Select from the options above 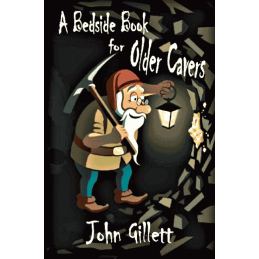 A Bedside Book for Older Cavers

Cavers ... Folk with attitude. At least, any that are over seventy years old have attitude (of the good sort!), says John Gillett as he maintains a positive approach to life.

Price £9.75
More
 Select from the options above 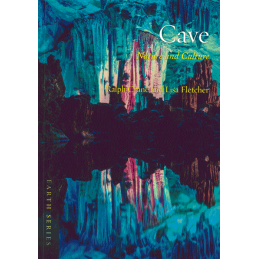 Cave. Nature and culture, by Ralph Crane and Lisa Fletcher

Price £15.95
More
 Select from the options above 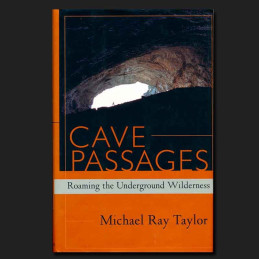 Price £15.00
More
 Select from the options above 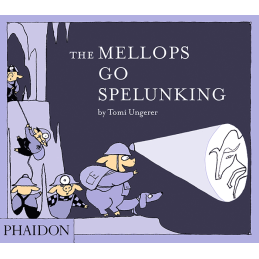 An enchanting hardback storybook about caving pigs, by Tomi Ungerer 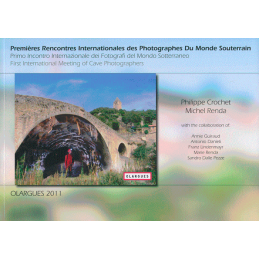 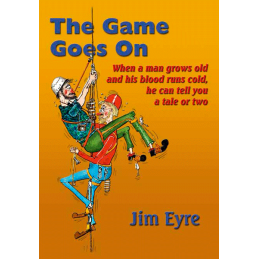 The Game Goes On (defect)

Jim Eyre's classic autobiography, part two, taking him from the caving expeditions of the 1960s through trials and tribulations to India in the 2000s. In it, Jim produced another masterpiece by turn both solemn and outrageously funny.This is a reduced price, single copy with a manufacturing defect 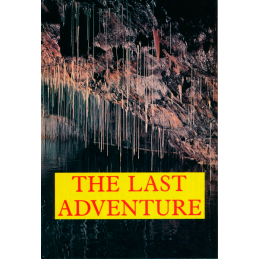 Price £6.00
More
 Select from the options above