IT is not often that a book, at first glance, can captivate your attention in the manner achieved by Underground Symphony. Then at second glance, it has the ability to mesmerise its reader yet further. This is a physically large, 35mm thick (and heavy, at over 2.8kg) volume from the French masters of cave photography, Philippe Crochet and Annie Guiraud. It is a remarkable fine art printing on top quality paper; the publisher specialises in producing books for museums and artists, and it shows. 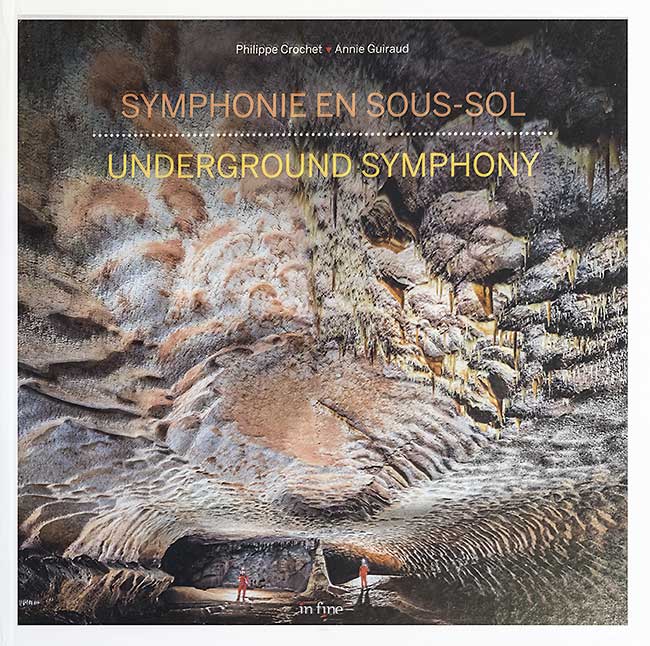 The couple should be well known to Descent readers, as their images have appeared on the cover and adorned showcase spreads in many editions (indeed, look no further than the back cover for one example). The award-winning collaboration of photographer Philippe and model Annie has created a wealth of underground photographs and here they present the best of their collection – a stunning 380 of them – divided into sections that, roughly, correspond to entrance areas, passages, water both serene and violent, formations as decorated caves and in close-up, ‘the unusual’, non-limestone caves and, finally, ‘fauna and fun’.

Underground Symphony is intended for an international readership and is bilingual in French and English (the French title is Symphonie en Sous-Sol).  It has been published to coincide with the celebration of the International Year of Caves and Karst and carries prefaces by the UIS President George Veni, caver Jean-Marie Chauvet (who discovered Grotte Chauvet) and cave photographer Kevin Downey. What shines through from each, and is certainly true elsewhere, is the respect that is bestowed on Philippe and Annie.

Each section opens with Annie’s text, then successive photo spreads carry sometimes extensive captions. At minimum, these provide the name of the cave and its location in a region of a country, while at maximum this can be a full explanation of how a passage or speleothem formed, a short history of when it was explored, and on occasion something of how the photograph was taken. This latter topic also has its own coverage, where fellow cave photographers will be interested in learning a little of the specific flash equipment used and the techniques involved. Elsewhere, simply delight in the vibrant colours of calcite shown in close-up and the amazing formations found in the hypogean, volcanic and limestone caves that have seen the couple’s visits.

Underground Symphony is very much the ultimate coffee-table book, something ideal to show to non-cavers who simply ‘don’t get it’ – but who will after hypnotically turning these pages. For cavers, even beyond this, marvels await from some of the best known (and others almost totally unknown) caving destinations in the world that you will now lust after; this pair has indeed travelled widely across the continents.

This will not be a low-cost addition to your caving library shelf, but it is easy to see why in this limited market the volume is priced as it is. For a taster, head for https://tinyurl.com/UndergroundSymphony, which displays 48 pages of the introductory text and photographic spreads that will surely convince you.